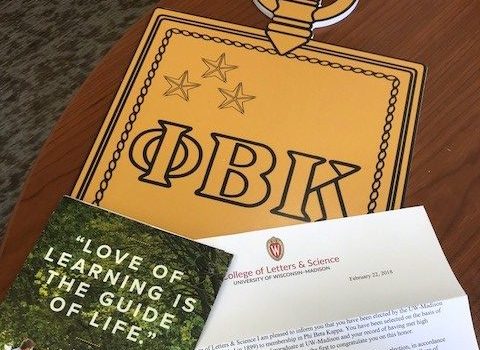 Phi Beta Kappa Faculty and Staff: Please complete this survey to register with the local campus chapter. Thank you! 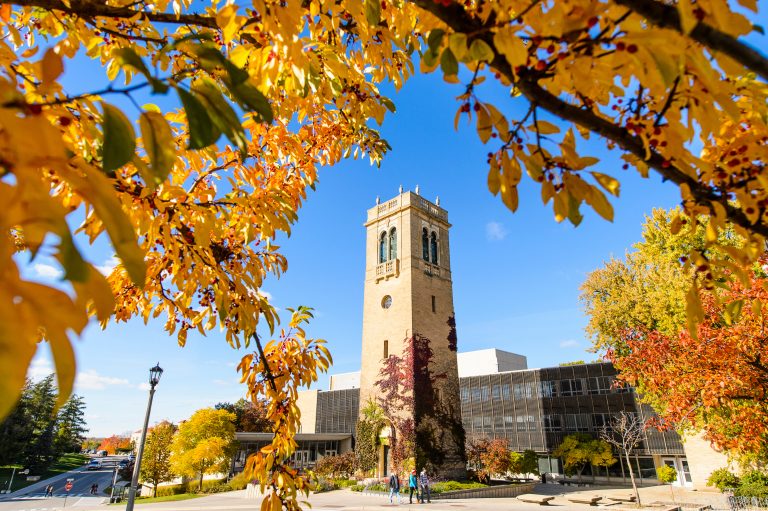 Invitations to Phi Beta Kappa will be sent from Dean Eric Wilcots in early December!

What, exactly, is Phi Beta Kappa?
This is a question we frequently hear, especially from undergraduates who receive notification of their induction and wonder whether this is just one of many scams trying to extract their money for a spurious distinction.  Much to the contrary, Phi Beta Kappa is the oldest and most prestigious honors society in the United States, founded at William and Mary College in 1776 and boasting a roster of members that has included U.S. presidents, Supreme Court justices, and other public figures, as well as well-known artists, entertainers, athletes, journalists, and of course scholars and scientists.  The society’s founders adopted the Greek letters Phi, Beta, and Kappa, the initials of the words – philosophia biou kubernetes – meaning “the love of wisdom is the helmsman of life.”  The first president invited the new inductees “to indulge in matters of speculation, that freedom of inquiry that ever dispels the clouds of falsehood by the radiant sunshine of truth.”

Why Phi Beta Kappa?
While Phi Beta Kappa is a widely known and highly revered distinction in some parts of the country (primarily at Ivy League schools), few realize that the University of Wisconsin has had its own PBK chapter since 1899 and typically bestows this national honor on approximately 150 of its highest achieving undergraduates every year.  These students represent the highest caliber of academic achievement, intellectual breadth, and — reflecting the principles of its founders — a love of learning.  They leave our campus to go on to achieve great things in a wide variety of professions, not restricting themselves to the expertise generally associated with liberal arts that formed the core of the society when it was founded.

In a times such as our own when world leaders can cast doubt on the value of science, knowledge, and wisdom, and when “liberal” and “elite” can be used as labels of both pride and rebuke, it is all the more important that we continue to instill a love of learning and the pursuit of wisdom in our students and honor their commitment and perseverance.  In the past few years, students who previously would have ignored the invitation they received from the L&S dean as just another “honors scam” have increasingly taken the invitation seriously, and our acceptance rates have moved well beyond the 50% we experienced in the recent past.  This is thanks in large part to our introducing the Phi Beta Kappa Fellows program, where selected students inducted in their junior year serve as ambassadors in their senior year to educate inductees about the history, principles, and impact of the society.  Last year our fellows were also instrumental in introducing a book award for high-achieving area high school students.

Our longer-term goals are to create a vibrant Phi Beta Kappa community on the UW campus.  There are many faculty members and graduate students who are proud members of the society, and we hope that they will identify themselves and get involved in building this community.  Their talents are a hidden treasure, and we hope that we can bring them out into the “radiant sunshine” to inspire our students and instill in them the same love of learning that guides them in their careers.